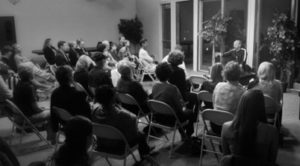 Infinite Smile Sangha is a non-profit organization (501[c]3) that endeavors to integrate a relevant spirituality with 21st century living. Our mission is to expose our selves, and others, to spiritual teachings that integrate stillness, wisdom, and compassion into our day-to-day lives. As we walk this path, we intend to embody the transformation that we wish to see in the world through the Zen-inspired, meditative practices that are led and taught by Michael McAlister. Tax deductible donations supporting this mission can be made here.

In 2002, we started as a group of people taking Michael’s class on meditation. We initially met at the Community Center in Lafayette, California, but in a short time we noticed that we had evolved into something more than just a collection of meditators. We had become a community of people that were sharing a Path toward an ever deepening stillness, balance, and awareness of ourselves and others. And this community continues to grow at an amazing speed.

Currently Infinite Smile Sangha is enjoying sharing Michael’s teaching with fellow practitioners all over the globe, as the podcasts of his talks are now reaching over 100 different countries.

We deeply appreciate the contributions from everyone who has been touched by this teaching. From Podcast listeners around the world, to the people who regularly attend sittings, to the people who simply like what it is that we are doing in relation to Awakening ourselves and each other to Spirit, we humbly offer our thanks.

All tax deductible donations can be made securely through our site. You may use your credit or debit card in order to make a one time donation or contributions at an interval of your choosing. Whatever your inclination, every bit helps us to spread the Dharma. Thanks in advance for your generosity. 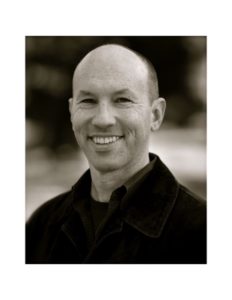 Beginning in 1987, Michael began his practice and study with the Zen community at Green Gulch Farm in Sausalito, California. Over the years his journey led him to study abroad with teachers in both Thailand and Nepal, where, in addition to broadening his exposure to Buddhist teachings, he also experienced different ways of walking the Path to Spirit. While his most significant training was with San Francisco Zen Center, his approach evolved into a decidedly secular orientation. Spend a little time with Michael’s podcasts and videos and you see that he continually works to integrate several of the Nondual teachings from the contemplative traditions of Vedanta Hinduism, Christianity, Kabbalah, and Sufiism.

His journey onto the path began after college, when he become frustrated with what he regarded as the basic superficiality of his life and began looking for spiritual meaning that had depth and integrity. He was anxious to contextualize the deep spiritual longing that was arising in him, and despite his reservations, he looked into several religious practices, hoping to find deeper balance and peace in a tradition. Over time, however, he became increasingly discouraged with the hypocrisy and the exclusivity of traditional versions of faith.

Shortly hereafter a friend introduced him to Zen meditation and things began to shift. “I initially viewed Zen like every other tradition: trapped by its own sense of self-worth, he said. But the more I sat still and simply watched my experience, just as the priests trained me to do, the more that things began to make sense in a way that went past any intellectual understanding or physical sensation. Plus my ego liked the fact that wearing a priest’s robe didn’t mean that you were any closer to God than the next person,” Michael explains. “Women were also seen as equals,” he added, “and the teaching, rather than the teacher, fueled the journey for each of us on the Path to Awakening. And enlightenment, or Christ consciousness, or God sense, or Atman, or whatever you want to call it, is right here in this very moment, waiting to be uncovered with each and every other person.”

McAlister’s active participation in the Zen community lasted for many years. Also, his studies with other Buddhist traditions and teachers in different countries rounded out an approach to contemplative practice that incorporated Mahayana, Vajrayana, and Theravadan schools of Buddhism. After his travels, he had a series of profound realizations that nearly made him decide to ordain as a Buddhist priest. Yet “all things change,” as Michael consistently reminds us. Instead of ordaining, Michael went back into the world teaching psychology to high school students. Shortly thereafter he was asked to begin teaching a class on meditation at the Lafayette Community Center. Within months, the class evolved into the Infinite Smile Sangha and a community had begun to take root. Currently, technology allows Infinite Smile to extend its offering to a global audience. Michael has also just completed his dissertation for his doctoral studies in international education. In this study, he examines the integration of mindfulness practices in US high schools.

If you would like our quarterly newsletter, weekly updates, or would like more information, please provide your email address.